This 2002 study showed remarkable results in treating three tinnitus sufferers using Neurofeedback, with EEG brainwave analysis before and after showing that the brainwaves had changed, and these changes were still present 12 months after training. The researchers concluded “Neurofeedback induces lasting changes of the subject’s neurophysiology and neuro-chemistry”: Weiler, E. W., et al. “Neurofeedback and quantitative electroencephalography.” The international tinnitus journal 8.2 (2002): 87. This 2015 study surprised researchers by showing that the parts of the brain involved in generating tinnitus were much broader than expected.

Please call us today on 0207 978 0186 to discuss how Neurofeedback could help your tinnitus. Your initial consultation is free and you are under no pressure or obligation to proceed.

Tinnitus is a perception of a ringing sound within the ear(s), when there is no actual external sound. In most cases, the sound can’t be heard by other people. When referring to tinnitus, people often report ‘ringing ears’, although different sounds are reported as well. The sound can appear as a quiet background sound or as a sound even louder that external sounds. Tinnitus can occur sporadically, as well as constantly, and causes different levels of distress. The cause of Tinnitus can be various factors, from wax build up, a cold, a blow to the head, or prolonged exposure to a loud noise, ear infections, objects in the ear, nasal allergies, neurological damage and stress.

This infographic from our friends at earpiecesonline.co.uk illustrates safe noise levels and causes of hearing loss. Click for full version with more information and preventative measures. 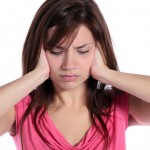 The main symptom of Tinnitus is the ringing sound within one or both ears, although in some cases sounds are perceived differently: high-pitched whining, buzzing, hissing, humming, tinging or whistling sound, or as ticking, clicking, songs, beeping, sizzling, sounds or even as a pure steady tone. Besides these sounds, there can be other associated symptoms, particularly in the case of severe, continuous Tinnitus:

Treatment options for Tinnitus depend on the cause, work in different ways with different levels of effectiveness. For the build-up of earwax, eardrops or clearing the ear canal is. In more severe cases of Tinnitus, treatment could consist of electrical stimulation, sound therapy, sound treatment (e.g. hearing aid, ear-level sound generator), or surgery. Other recommended treatments are counselling and psychological treatment, such as Cognitive behavioural therapy (CBT) and Tinnitus retraining therapy (TRT).Although medication that specifically treats Tinnitus isn’t available, medication such as Melatonin, benzodiazepines and antidepressants have been prescribed as well. Studies have shown varying reliability regarding Tinnitus treatments and the NHS even reports: ‘In many cases of tinnitus, there is no cure and treatment aims to manage the symptom on a daily basis’. 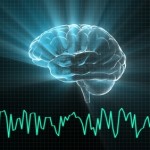 Please call us today on 0207 978 0186 to discuss how Neurofeedback could help your Tinnitus. Your initial consultation is free and you are under no pressure or obligation to proceed.