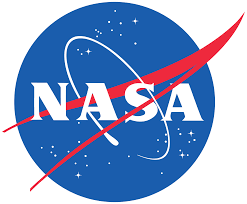 A pioneering brain train treatment originally discovered by NASA had a huge impact on the life of a 12 year old boy.

Oliver was diagnosed with dyslexia when he was ten years old, which impacted his ability to concentrate in class. This resulted in him returning home from school frustrated and angry and he would sometimes fly into rages.

His mother Charlotte recalls “it was devastating to watch the pain Oliver was going through and he would say ‘mum why am I so stupid’. To release his frustration he would smash a football against the garage door, but when things were really bad he would have these strong outbursts.”

Charlotte says she felt helpless and it was around that time she reconnected with an old friend, Stuart Black, who had launched BrainTrainWA – a neurofeedback centre aimed at helping people with issues such as stress, anxiety, severe headaches and learning difficulties such as ADHD, dyslexia and autism.

BrainTrainWA provides a completely non-invasive treatment that uses Neurofeedback technology (which was originally discovered by NASA reserach in the 1960s) to retrain the brain.

Charlotte says after around 7 sessions she began to see an improvement in Oliver’s behavior: “He seemed so much calmer and happier in his own skin. He seemed to be able to think much more clearly… you could see him grow in confidence and self esteem.”

Charlotte says “His outbursts have stopped and it is as if he is a different child. He is so much happier.”