Can Neurofeedback Help With Alcoholism  ?

Neurofeedback can be a powerful method to help treat alcoholism. In the classic history of Neurofeedback, A Symphony in the Brain: the Evolution of the New Brain Wave Biofeedback

, the author Jim Robbins says: “Research shows that alcoholics cannot produce the appropriate type of Alpha waves. The frequency that is characteristic of feeling relaxed and comfortable, sometimes referred to as an ‘internal anesthetic.’ Without the right kind of Alpha, a person feels raw and exposed and edgy. Alcohol is a chemical that temporarily creates an artificial flow of good Alpha – though it comes, obviously, with the raft of other problems. People who have gone through Alpha–Theta training say they feel more relaxed and may no longer have the overpowering urge to drink.” One of the first studies about the positive effect of Neurofeedback on alcoholism showed that after 15 sessions the results included:

Alcoholism is a chronic and often progressive disease. The major problem is the lack control over drinking. Alcoholics Anonymous in UK describe alcoholism as a physical compulsion, together with a mental obsession. Apart from having an enormous craving for alcohol the alcoholic knows neither when nor how to stop drinking. Alcoholism has different faces.  The alcoholic may be a teenager, a homeless person, or an elegant, high functioning business woman.  It is very important to accept the problem and start the treatment because alcoholism may lead to death. Symptoms of Alcoholism can include:

According to statistics on alcohol:

There are more statistics on alcohol here.

Treatment for alcoholism starts when the alcoholic accepts the problem and wants to stop drinking. The goal for the treatment is based on abstinence.  Social support, good health and strong motivation are the best predictors that the alcoholic will stay sober permanently. Unfortunately poor motivation, lack of support, mental disorders can cause the return to drinking. Treatment has 3 stages: 1. Detoxification (which might require medication to detoxify safely) 2. Rehabilitation (counseling and/or medication) 3. Maintenance of sobriety (e.g. support of sponsor from AA meetings, psychotherapy) 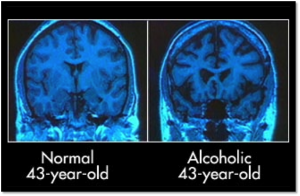 The brain of the alcohol dependent person  is smaller BUT  a long period of abstinence or moderate drinking can restore the volume of heavy drinker’s brains back to normal. Additionally cognitive functioning tends to return to normal when brain size returns to normal.   Scientist claim that alcoholics cannot produce the Alpha waves which are necessary for relaxation. During Neurofeedback sessions clients can learn to increase Theta and Alpha waves. Several studies suggest that Alpha-Theta brainwave Neurofeedback training has the potential for decreasing alcohol craving and relapse prevention. Some alcoholics who undergo Alpha-Theta training and try to use again get physically sick when they do. This attests to the powerful effects that are possible with Alpha-Theta Neurofeedback. Whilst Neurofeedback can be a powerful tool to help you to change your relationship with alcohol,  is strongly recommended that you undertake it in conjunction with other support, such as psychotherapy and/or attending AA meetings. You should also consider consulting with your doctor before you stop heavy drinking suddenly. 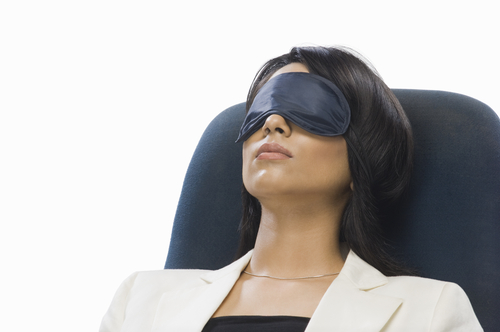 Alpha-Theta training works on the principal of operant conditioning, whereby behaviour can be learned through reward. In this case the ‘behaviour’ we want to reward is more Alpha and Theta brainwaves, and the ‘reward’ is a pleasant ‘gong’ sound.

All you have to do is relax, close your eyes, and allow the subconscious part of your brain to respond. You don’t have to do anything active, the brain does the work without effort on your part.

To find out more about Neurofeedback to help with alcohol dependence, please call us today on 0207 978 0186. Your initial consultation gives you the chance to experience neurofeedback and you are under no pressure or obligation to proceed.