A businessman who suffered serious head injuries in a taxi crash has credited video games with his recovery. 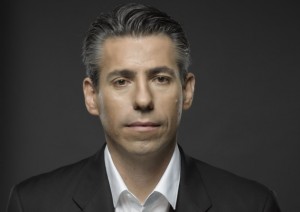 Martin Bauer works as an IT programme director in Old Street

Martin Bauer, 46, of Queensland Road, Holloway, suffered post-concussion syndrome in November after his taxi collided with a van in Leeds city centre.

While he escaped “dazed and confused” on the night, Mr Bauer, began to suffer splitting headaches a couple of days later, and was taken to A&E.

Mr Bauer, an IT programme director at the Big Data Partnership in Old Street, was forced to scale back to part-time work.

Strong painkillers meant he was unable to focus for more than two hours at a time, while he suffered further symptoms including mood swings and fatigue.

He said: “My job is really stressful and high-powered and I’d been finding it hard to focus since my head injury. Doctors advised me to rest and take painkillers but they just seem to mask the problem.”

But Mr Bauer’s fortunes changed when his sister mentioned an article she had read about neurofeedback therapy, a treatment using video games and animations to re-train areas of the brain that are “under-performing”. 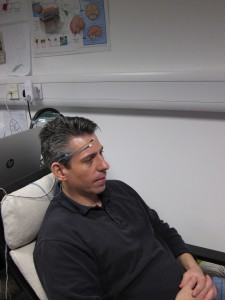 So now, as part of his treatment, Mr Bauer wears electrodes on his head, which monitor brainwaves while he plays games – for example, guiding a spaceship through tunnels or driving a car.

The game is adjusted according to his brainwave patterns and this visual feedback helps stimulate the under-used part of his brain.

In the four months he has been undergoing treatment with BrainTrainWA, he has been able to concentrate for gradually longer periods and expects to return to full-time work in April.

“I was really sceptical about brain training,” Mr Bauer admitted.

“It’s not very well known in this country – but I’m so glad I gave it a go.

“I never expected it to be effective, but I thought I had nothing to lose.

“Even after the first session, I felt calmer, and it has made a difference.”