Can Neurofeedback help with Depression ?

Depression was one of the earliest clinical applications of Neurofeedback.

According to the 2005 paper Hammond, D. Corydon. “Neurofeedback treatment of depression and anxiety.” Journal of Adult Development 12.2-3 (2005): 131-137, Neurofeedback training can help 80% of people with Depression, especially those who have the biological predispositions for Depression. The effects on Depression with Neurofeedback are long-term unlike that of medications which can produce temporary remission.

In April 2013, the John Hopkins Hospital, ranked #2 in the USA, embraced Neurofeedback, writing: “Here’s good news for people struggling with depression. People with depression who are taught a neurofeedback technique that allows them to activate parts of the brain involved in generating positive emotions may be able to lower their depressive symptoms.”

The NeuroDevelopment Centre in the USA describes two stories of treatment with Neurofeedback for John and Mary who suffered from Depression.

Mary had remarkable results after 20 sessions. Now she can live with a positive mood and with very little anxiety.

John after 20 sessions had stopped all three medications for Depression. Neurofeedback training helped him and now he shows minimal signs of Depression and anxiety. He visits the NeuroDevelopment Centre periodically to maintain his well-being. 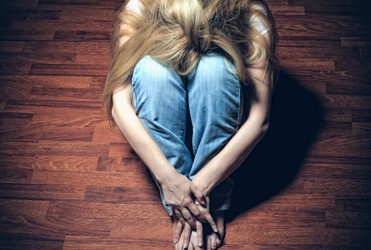 Feeling unhappy or fed up for a few days doesn’t mean you have Depression.

In the case of Depression, the depressed mood is persistent for weeks or months and characterised by feelings of sadness, hopelessness, a decreased interest in activities and feeling tearful. Depression is a real illness with different degrees of severity, from feeling low in spirit, to feeling life is no longer worth living and planning suicide.

It isn’t possible to point out a single cause of Depression. It can be caused by various reasons and because of different triggers. The main causes that cause or trigger Depression are life situations and events (e.g. loneliness, bereavement, divorce, giving birth), drugs and alcohol, medical conditions and treatment, medication, psychiatric syndromes and certain (inherited) personality traits.

Sometimes a combination of causes occurs and a ‘downward spiral’ can develop. For example, someone feels down because of a medical condition and then experiences a life event, such as divorce, which brings on depression. Because of that the person feels less motivated to see friends and gets isolated, contributing negatively to the Depression.

Symptoms of Depression vary a lot and can impact lives in many ways.

Some experience emotional symptoms, such as emptiness, sadness, hopelessness, anxiety or even suicidal thoughts. Others struggle with physical symptoms such as tiredness, sleep difficulties, loss of appetite, sex drive, or aches and pains. Often people lose their interest in activities they previously experienced as enjoyable.

For diagnosing Depression, the DSM-5 has developed specific classification criteria.

The Brain and Depression

On the left is the brain of someone  with a long history of depression.The left frontal area has an excess of slow, alpha brainwave activity.

On the right the brain map with  relatively normal activity.

Depression is expected to the top global WHO disease by 2020.

It affects up to 15% of the population of industrialised countries. The number of prescriptions of antidepressants for England alone was almost 50 million in 2011, at a cost of £270 million, but the overall health care and socioeconomic costs of depression are much higher, at about £11 billion per year in the UK according to a recent House of Commons report.

Since there are different types and various causes or triggers for Depression, there are several treatment options as well.

The main treatment options consist of a combination of:

However, these options mainly suppress the symptoms and/or give support in how to deal with the symptoms.

Researchers have found that antidepressants do not correct the brainwave patterns which may be responsible for Depression. It seems that medication treatment for Depression leaves intact the biological predisposition for becoming more easily depressed when unpleasant life circumstances come along.

There is also new evidence that has found that on average, antidepressant medications only have an 18% effect over and above placebo effects and medication may only be mildly effective in treating anxiety as well. 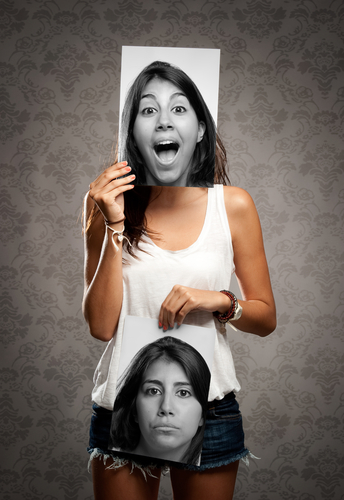 Unlike these options, Neurofeedback is able to make a change to the source of these symptoms within the brain/central nervous system.

During Neurofeedback we will train and stabilise your depressed mood and other symptoms which may reflect that you suffer from Depression. Most clients feel the difference after 3-6 sessions.

Neurofeedback training for Depression is very promising because it can not only relieve the symptoms of Depression but can also modify the biological predisposition for becoming depressed. It may reverse the frontal brainwave asymmetry the predisposes you to depression and help you regain control of your life.

With successful results you will not need medication any more. Training often requires about 20 to 25 sessions.

For more questions or discuss how Neurofeedback training can help with Depression, please get in touch. There is no fee and no obligation for your initial consultation. Please call BrainTrainWA today on 0207 978 0186.