Autism Spectrum Disorder (ASD) is the name for what were previously known as four seperate disorders including autistic disorder (autism) and Asperger’s disorder.

ASD  is a complex condition with a complex diagnosis process involving a lot of interpretation and judgement. ASD often co-exists with other diagnoses (called comorbidity by doctors).

There is a striking overlap between AD/HD and ASD symptoms, which causes confusion among families, as well as professionals.  When a child is distracted and moves a lot at school or has difficulties to keep focused during a conversation, people often think of AD/HD. However, these symptoms might be confused with ASD symptoms.

The first case study applying Neurofeedback to autism was in 1994, 20 years after it was first seen to reduce hyperactivity and led to the significant body of evidence for Neurofeedback for ADHD. Since then the evidence has grown, as described in this free report on Neurofeedback for ASD. Although the evidence is not as strong as that for ADHD yet, we anticipate that before too long, Neurofeeedback will be embraced as the treatment of choice for ASD.

A further 2009 study showed that the effects lasted beyond 12 months: 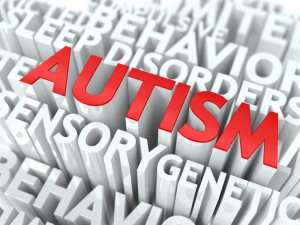 The important difference between AD/HD symptoms and ASD symptoms is best described as the ‘inability to relate to people and situations from early life’. Children suffering ADHD symptoms can have peer conflicts because they are too impulsive or they are inattentive. Children suffering ASD symptoms however, struggle to develop peer relationships, because they experience difficulties understanding and expressing non-verbal communication, such as facial expressions.

The main symptoms related to ASD, as described in DSM-5 (the 2013 version of the reference book for ‘mental disorders’), are deficits in social communication and interaction and restricted, repetitive patterns of behaviour, interests or activities:

Examples of these deficits are:

ASD diagnosis in DSM-5 requires two of the following behaviours:

Treatment options are limited and the latest NHS NICE Clinical Guidelines focus on behavioral therapy and medication when behavior is particularly challenging.

There is increasing interest in Applied Behaviour Analysis (ABA) for ASD, a behavioural training approach that aims to modify behaviour using ‘Operant Conditioning’ techniques whereby behaviour can be learned through rewarding the desired behaviour and punishing undesired behaviour.

There is no doubt that such approaches can work to change behaviour (early Neurofeedback was also based on the same principle), and animal trainers use exactly the same techniques, but these aproaches only work to the extent of the behavioural scenarios specifically taught.

Neurofeedback offers an opportunity to work at a much deeper level. Some of the questions that you could ask when considering an approach to ASD are:

ASD is a neurodevelopmental disorder for which Neurofeedback has proven to be very effective. With Neurofeedback the ASD symptoms are explained as a kind of brain deregulation in certain brain areas. By focusing on the specific areas of the deregulation, Neurofeedback can change core deficits of ASD by enhancing physical and emotional calming and improving the ability to manage sensory input.

For example, by training the right back side of the brain hyperactive behaviour can be reduced and sensory integration (‘better understanding of the world and more social awareness’) and body awareness can be enhanced. By training the right front side rages, emotional outburst and overall emotional expression – not words and grammar, but appropriate emotional communication – can be improved. 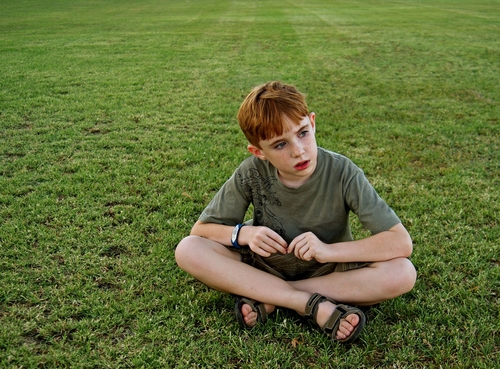 There are children that have shown an increase of common sense and a desire to communicate. Other children are supported in their ‘starting up’ language. By training the left front side of the brain changes can be made in attention and obsessive compulsive symptoms, however, it is the right side training that has shown to be the most effective for ASD symptoms.

At BrainTrainWA we work with symptoms, we don’t need a diagnosis and we don’t claim to do diagnosis based on brainwave analysis.

We offer a tool that has been demonstrated to help ASD symptoms with countless clients. There is no guarantee it will work, but the success rates can be high.

The approach we use is developed by Seigfried and Susan Othmer, who committed their lives to developing Neurofeedback as a therapy when it transformed the life of their son Brian, who suffered from a range of comorbid conditions, including Asperger’s Syndrome.

If you are interested to see if your child’s ASD challenges will respond to Neurofeedback as the research has shown they can, please call us today on 0207 978 0186. Your initial consultation is free and you are under no pressure or obligation to proceed.