We just received this message from Siegfried Othmer on the the Dalia Lama’s interest in Neurofeedback as a tool to accelerate spiritual development:

“This year Hanno Kirk and his wife Jo decided to attend the three-day Southeast Asian Teaching of the Dalai Lama, going as part of the Vietnamese contingent that Minh Chau Le organizes every year.

This was the event that Sue and I attended last year together with our teaching team, in connection with our visit to Men Tsee Khang, the Tibetan Medical Institute. Many of you met Minh Chau at the Clinical Summit.

Hanno and his wife were seated on the stage close to the Dalai Lama for the teaching, and during one of the breaks in the four-hour session the Dalai Lama called him to his side. Hanno had a chance to explain why he was there, and the Dalai Lama was intrigued, saying that he wanted to hear more.

Since the Dalai Lama was about to be off again on another trip, scheduling a meeting was problematic. Ultimately the news did come that a meeting had been set up for the morning of his departure.

Hanno, Jo, and Minh Chau met with the Dalai Lama in his private quarters. Minh gave him Brian’s book, with my dedication. He paused to read it. She also showed him the photos from our meeting last year to re-orient him. 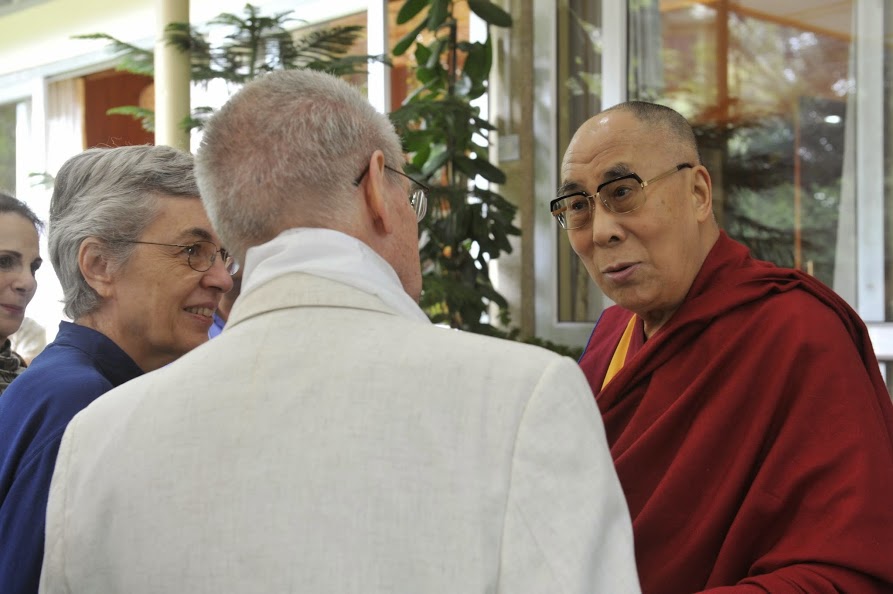 He remembered our meeting. Minh also gave him a DVD of the meditation session that we filmed last year at Men Tsee Khang. 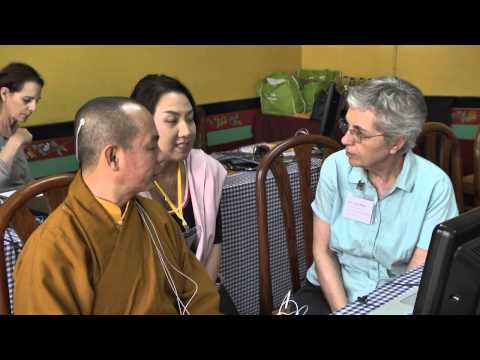 Meditation session with The Venerable Thich Chi Thien, Min Chau Le and Sue Othmer, 2014.
See video below and call us today if you would like experience this for yourself.

Hanno gave him a copy of “Restoring the Brain”. Then they talked about neurofeedback. It was clear to the Dalai Lama just how compatible our neurofeedback was with Buddhist meditation. He has yearned for a shortcut to the early hard going on learning the mental discipline required.

We are obviously thrilled with these good news out of Dharamsala, and I am delighted to pass on the information from Hanno”.