Can you Trust Consumer Biofeedback Devices ?

Last week it was reported that FitBit are being sued by customers who claim that their heart rate monitors are inaccurate to the point of being dangerous.

FitBit are planning to defend the claim and point out that their devices are ‘not intended to be scientific or medical devices’.

The problem as we see it is if people are using these devices to improve their well-being they need to be confident in the data they are reporting – and arguments that devices aren’t officially for ‘medical’ use might be legally correct but undermine their utility.

The FitBit case stresses the importance that biofeedback devices be developed to the highest engineering standards. Frankly most are not.

We are seeing an explosion of consumer well-being devices purporting to give feedback on EEG (brainwaves). Many of these devices use ‘dry sensor’ technology that claims to provide clinical standard EEG without the hassle of paste and gel.

We’re skeptical of these claims. Our experience applying electrodes on a daily basis is that even with clinical-standard preparation it is sometimes hard to get a good quality signal with some heads. And we have tried several of these devices personally and consistently experienced problems with connections. 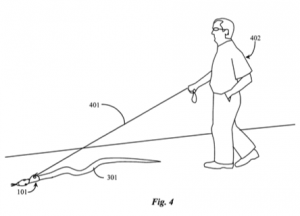 One organisation has even patented a system that uses an armband to pick up EEG signals.

If we thought it worked we’d buy several. Yesterday.

But we have an open mind as to the future and continue to research what is out there. 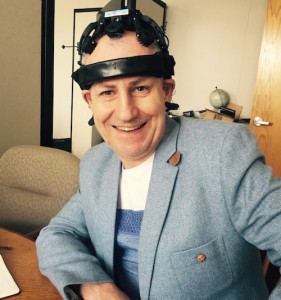 Our founder Stuart Black made a personal visit to Wearable Sensing in San Diego in July 2015 to see their technology, which they have developed from their parent company’s work in airborne weather-pattern detection systems for the US Military.

This headset is shown in the photo, tried out by Stuart. The signal looked clean and they have a strong engineering pedigree and credible back story about how they arrived at the technology.

But the current target price of $20,000 is prohibitive for all but the most intense or extreme use.

At this price point we would consider buying one for peak performance training with executives who are very sensitive about the ‘mess’ that traditional electrode paste can create.

But we believe this could be the basis of the technology of the future and look forward to news of their successful productionisation and shipping dates.

Update March 2016: Wearable Sensing have started shipping their headsets through BrainMaster at the expected price point of $19,995 under the ‘Freedom’ brand.