There is an often-quoted myth (Jarrett, C., 2014. Great myths of the brain. John Wiley & Sons, pp.51-55) that we only use a small part of our brains. The reality is that even at school very often we are using too much of our brains, or the wrong parts at the wrong time: that nagging doubt, that impulse to shout out that we can’t control, that emotional worry, that constant being on edge because of a bad experience with a bully.

Read below for how Neurofeedback can help to give us better control over our brains, improving school performance and behaviour, and remove the legacy of bullying.

Multiple studies have shown that Neurofeedback can increase intelligence as measured by IQ tests. One randomised controlled trial showed an increase in IQ from an average rating of 101 to 110. (Linden, M., Habib, T. and Radojevic, V., 1996. A controlled study of the effects of EEG biofeedback on cognition and behavior of children with attention deficit disorder and learning disabilities. Biofeedback and self-regulation, 21(1), pp.35-49).

How does it work ? It is believed that a key factor in intelligence is the ability of the brain to allocate blood supply to the relevant part of the brain needed for a specific task (Robbins, J., 2000. A Symphony in the Brain. New York, NY, p.134), and with Neurofeedback we are training the brain’s ability to control itself. 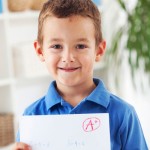 Of course, increased score in an IQ test doesn’t prove that  the intellectual capability itself has increased.

It may mean that the individual has improved the ability to focus their intellect on the test, and get better results, or it may be that they have been able to better control their emotional brain that previously got stressed, frustrated or angry in a test, and got in the way of their logical brain operating at its full potential. Without the emotional brain ‘taking over’, better results are achieved.

Whatever the mechanism the net result is the same: Better Results and Greater Confidence. 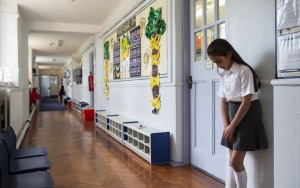 Frustration in children can often spill over into their behaviour. They will lash out, shout out, or play the class clown to divert attention from their difficulty in concentrating. The consequences can be serious, with disruptive behavior increasingly being intolerated by both public and state schools.

At BrainTrainWA we have encountered and helped with all these scenarios. 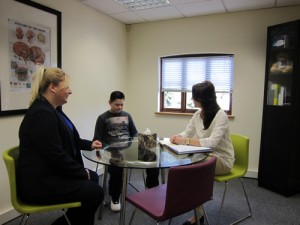 Personalised Assessment Focused On Your Goals

BrainTrainWA’s approach to Neurofeedback is individualised.

We don’t take a ‘one size fits all’ approach that seeks to make your brainwaves more ‘average’, we want the best for you.

We will look at your objectives, take time to understand how you experience learning and what blockers you experience, and design a Neurofeedback plan uniquely for you. 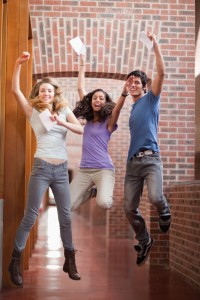 Ultimately success is measured by school results, but there is often a gap between starting Neurofeedback and the next set of school results.

So we agree with you what will indicate improvement,  ask you to rate them out of 10, and then track progress using our secure on-line system. An example is shown below. 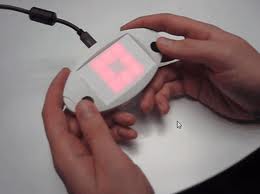 We also have an objective test for measuring continuous attention and reaction time. Using our QIK-TEST hand-held unit, reaction time is tested 600 times at ‘random’ intervals over 22 minutes.

Some parts of the test assess your ability to sustain attention when bored, other parts will measure your focus when under pressure. Your impulse control will also be put to the test. Your results are compared with others of a similar age who have performed the same test and you are given a report that show how you compare.

We can do this test before any Neurofeedback takes place,  at the end, and if desired partway through.

Below is an example of the QIK-TEST results before and after for a school-age client. All measures improved, which was consistent with the Progress Tracking and parent and teacher feedback received. 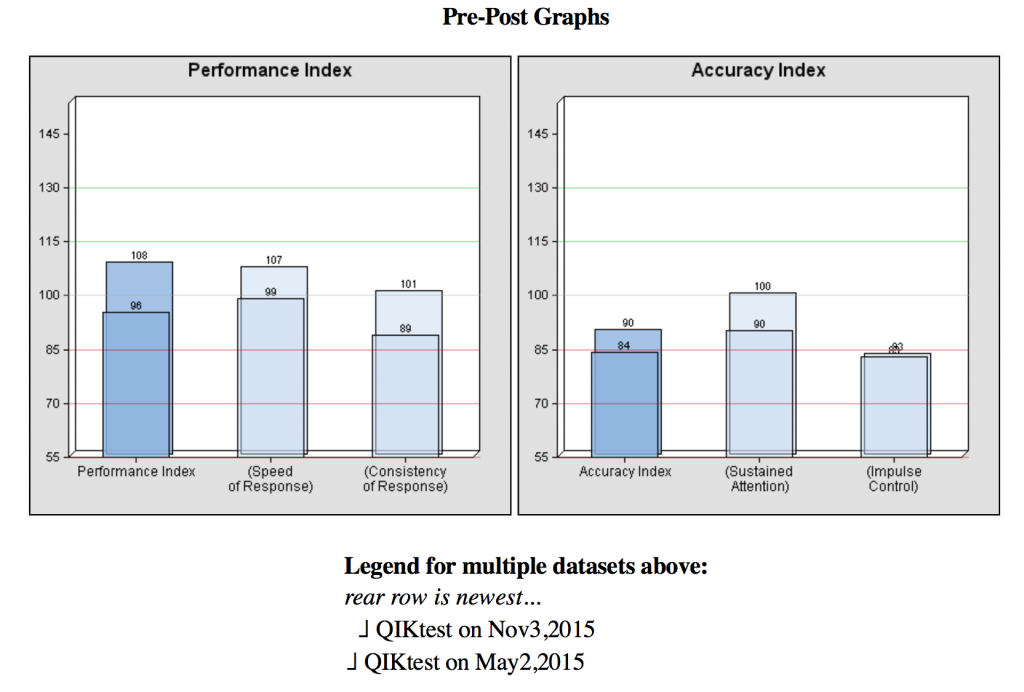 Overcoming The Effects of Bullying With Neurofeedback

Bullying is a form of trauma that can affect school children in dramatic ways. The way that trauma affects us is the same whether we are facing the school bully or on patrol in Afghanistan.

The bright regions in these scans indicate greater hippocampus activity in healthy children during memory recall than in children with PTSD symptoms. Copyright 2009: Journal of Pediatric Psychology

A traumatised brain is often on constant high alert, the nervous system is highly aroused and ready to go into ‘fight or flight’ mode at any time danger is detected. Tramatic memories can get ‘stuck’ in the limbic brain, triggering the stress response at any moment.

If the bully is still around then this fear might be very real, but even if the bullying has been dealt with or the bully is no longer around, reminders of the bullying can trigger the body’s alarm response, just as they do for returning combat veterans.

Neurofeedback offers two methods to address the after effects of bullying:

1. Calming down the highly aroused nervous system by training the brain to control itself better.

2. Helping the brain  to enter a deep state where the trauma can be processed and released from the emotional brain.

Call today on 0207 978 0286 to discuss how we could improve your child’s school results and fade the scars of bullying.